OptoScript provides the following control structures to control the flow of logic in the code:

If statements offer branching in logic:

If statements are very flexible. Here are several examples of how you can use them: 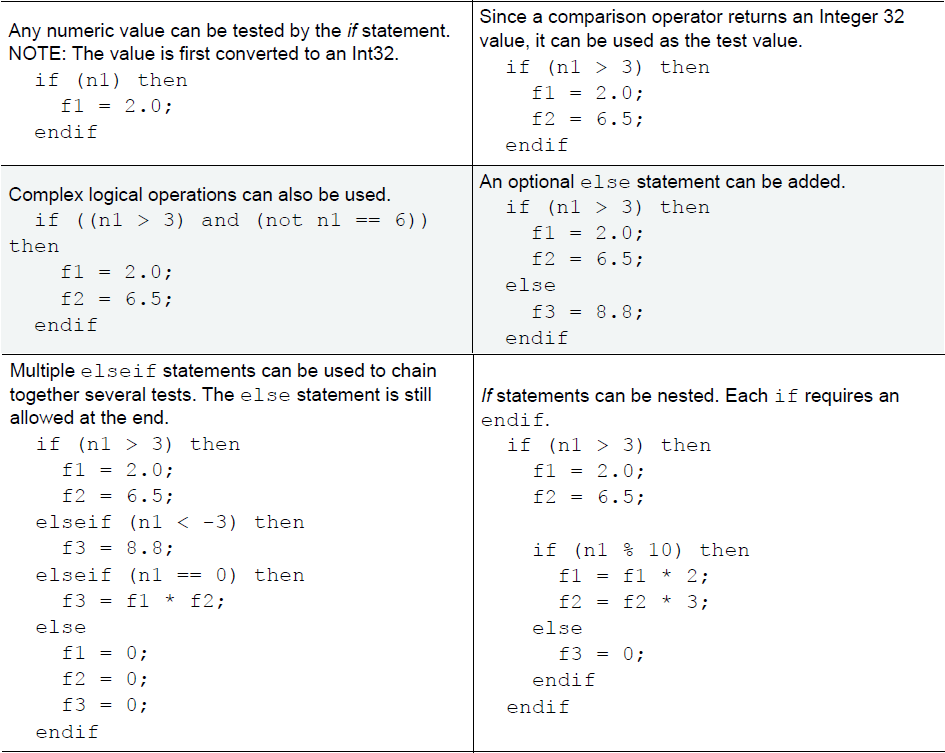 A switch or case statement offers branching logic and can be used in place of if statements when the expression can match one of several numeric values with these considerations:

Here's an example of a switch statement:

The while loop is used to execute a list of statements while a given condition is true. The condition is tested at the beginning of each loop.

For example, this loop sets the first five elements (elements 0 through 4) of a table (ntTable) to a value of 10:

While loops can be nested and can contain other kinds of programming statements. Each while needs a matching wend at the end. 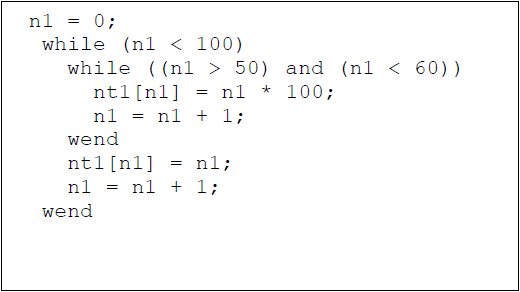 Repeat loops, in contrast to while loops, are used to execute a list of statements until a given condition is true. Because the condition is tested at the end of each loop, the contents of the loop will always be executed at least once.

This example sets the first five elements of ntTable to 10. Do you see the difference compared to the while loop? The test for the condition is at the end of the loop, after until (nIndex >= 5).

Repeat loops can be nested and can contain other kinds of programming statements. Each repeat statement needs a matching until statement at the end.

For loops can be used to execute a list of statements a certain number of times.

This example results in nVariable equaling 6: 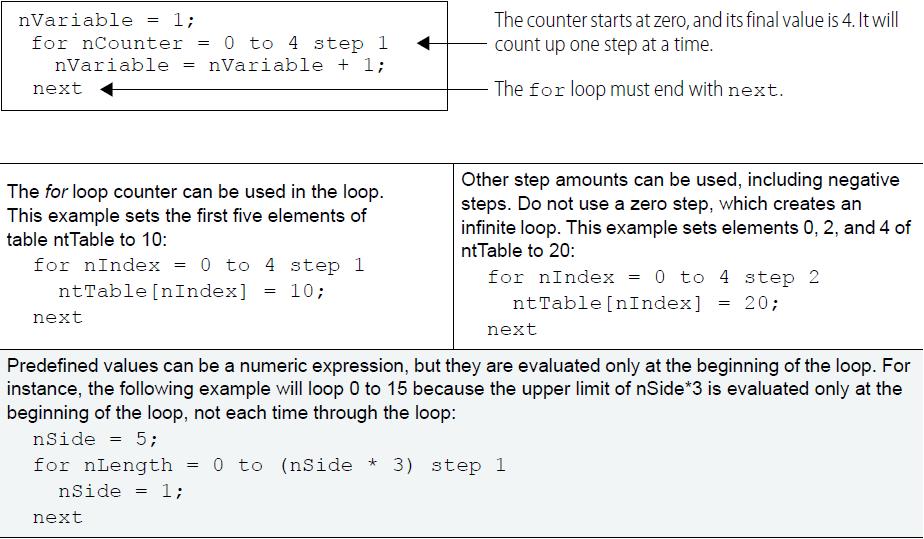 For loops can be nested and can contain other types of statements. Each for requires a next at the end of the loop.

Learn about the control structures available in OptoScript to control the logic flow: