PAC Control maintains a database of all declared variables and is shared with PAC Display and groov View. Variables are not declared in OptoScript code, but are created (declared) within PAC Control.

If you use a variable in OptoScript code that doesn’t already exist in the strategy, you’ll receive an error message when you test compile the code (Unable to find variable or command). At that point, you can close the OptoScript editor, create the variable in PAC Control, and then go back into the editor and use it.

With OptoScript and in PAC Control, it’s a good idea to get into the habit of indicating the variable type in each variable’s name. Some variable types may be obvious in the name itself, but others aren’t. For more information, see “Naming Conventions” in the PAC Control User’s Guide.

Here are examples of how to use numeric literals in OptoScript. Formats are automatically converted if they don’t match the variable type. For example, if a value of 300.2 were assigned to an integer 32, the value would be converted to 300. 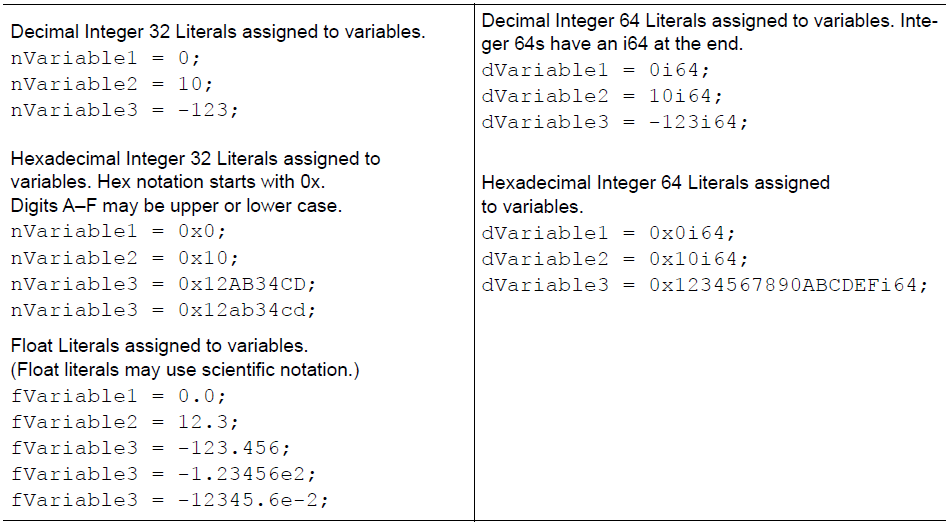 Values are easily assigned to variables.

To change a single-character integer into a string, use the Chr() keyword as shown:

Strings can be used in the following ways: 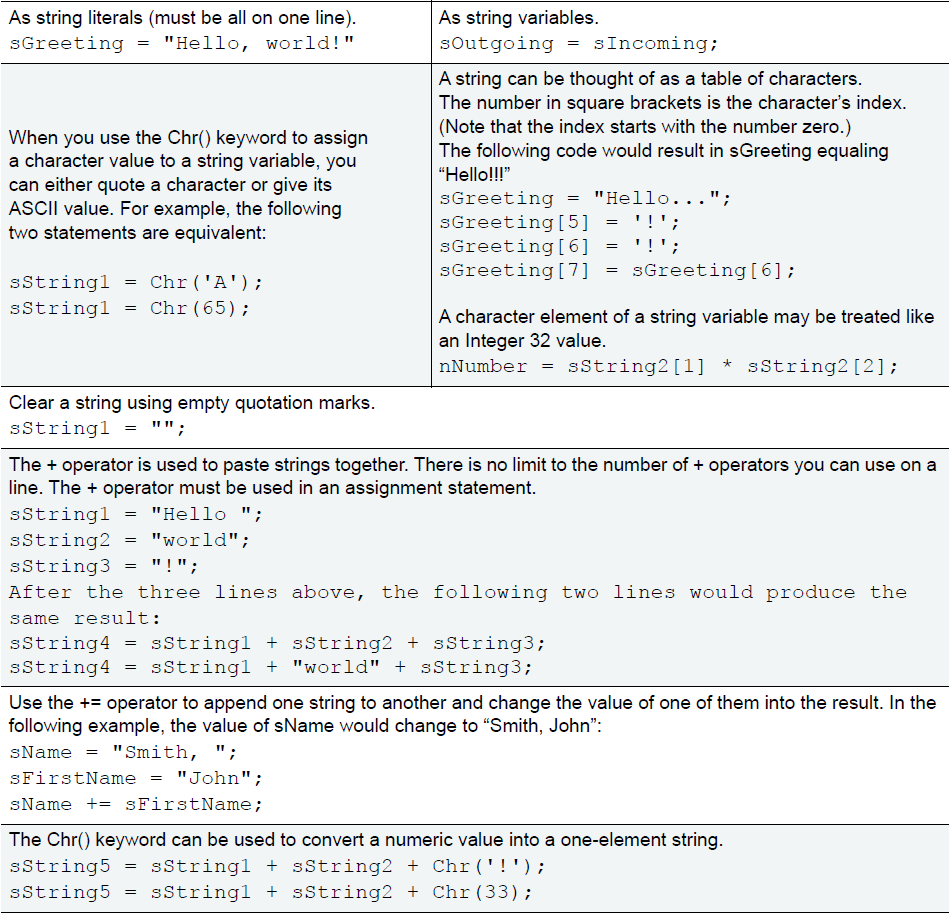 The following are examples of numeric and string tables.

Learn about using data types and variables in OptoScript.